You are here: Home › Welcome New Board Members 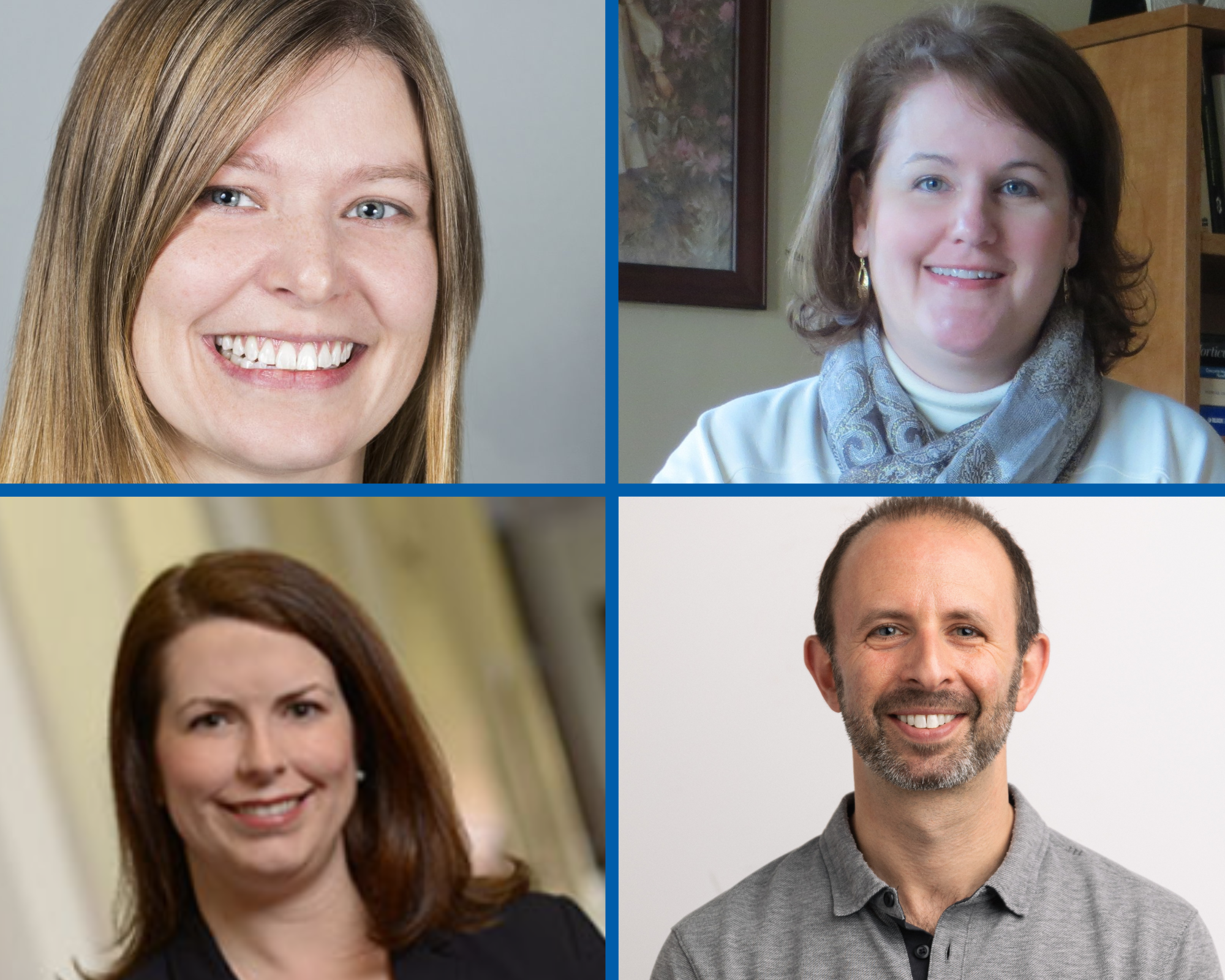 We are pleased to welcome four new members to the Foundation’s Board of Governors.

Courtney Hanna, J.D.
Courtney Hanna grew up in Bexley and graduated from Bexley High School in 1999. She holds a BS from Miami University and graduated from The Ohio State University Moritz College of Law in 2006. Courtney became the President/Principal Attorney of the law firm, Joseph & Joseph & Hanna in 2019 where she works on complex domestic/family law cases and intricate real estate transactional and litigation matters. She is a member of the Ohio State Bar Association, the Columbus Bar Association, the Ohio Women’s Bar Foundation.

Courtney also serves as the Membership Chair of the Bexley Women’s Club and is a troop leader for her daughter’s girl scout troop. She has served on the Women’s Board for the March of Dimes, was a founding member of Strike Out Thyroid Cancer and was a member of ArtNetwork through the Columbus Museum of Art. Courtney, her husband Drew and their children, Olivia and Luke reside in Bexley.

Amy Lauerhass
Amy Lauerhass was born and raised in the Canton area. She graduated from the University of Cincinnati in 1995 with a Bachelor of Architecture and has spent her career in the Columbus area. Amy started her own business in 2014, and specializes in renovations and additions of older homes. Amy & her husband Dave have lived in Bexley for 26 years, and have renovated two of their own homes.

The two grown Lauerhass children, Brett, ‘17 and Audrey, ‘20 both attended the Bexley Schools for all of their education. During her children’s tenure at Bexley schools, Amy served as secretary for Bexley Music Parents. Amy has been a member of Bexley United Methodist Church for 26 years, where she has served on the board of trustees, facilities task force, and building committee. She is also a proud member of the National Association of Women Business Owners Roundtable. In her spare time, Amy enjoys gardening, reading, and scrapbooking and is looking forward to spending more time traveling.

Sommer Sheely, J.D
Sommer L. Sheely grew up in the Youngstown, Ohio area. She is a graduate of The Ohio State University Moritz College of Law (2002) and Ohio Wesleyan University (1999). Sheely is a Partner with Bricker & Eckler LLP, where she focuses on energy development & sustainability and chairs the Firm’s Energy Litigation Practice.

Sheely previously served on the Board of the Columbus Children’s Theatre and as President of the Federal Bar Association and Ohio Women’s Bar Association. She enjoys traveling and camping with her husband and two sons (grades 6 and 4), as well as supporting their sports and music activities. She previously served as Chair of the Bexley Education Foundation’s BRAVO! fundraiser.

Steve Werman
Steve Werman grew up in Bexley and graduated from Bexley High School in 2001. He attended Indiana University where he studied Accounting and Finance. Following graduation, he worked at KPMG in Chicago performing due diligence on private equity investment opportunities.

After seven years, Steve returned to Columbus to earn his MBA at The Ohio State University before teaming up with his longtime friends at HOMAGE. He currently serves as their Chief Financial Officer. When he’s not working on building the comfiest apparel brand, Steve enjoys cooking and playing sports such as soccer, basketball and golf. Steve lives in Bexley with his wife, Sherry, a teacher in the Upper Arlington School District and their three children.