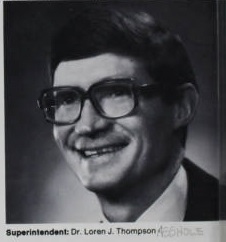 Loren J. Thompson, PhD, Superintendent of the Bexley City Schools from 1979 until 1985, passed away on October 15, 2017. Dr. Thompson led the school district through a period of great change. He also promoted the idea of creating a private foundation to benefit the schools, laying the groundwork for what we know now as the Bexley Education Foundation.

After serving thirty years in the field of education as a teacher, principal, curriculum director and superintendent, Dr. Thompson spent seven years as the Executive Director of the Colorado Springs World Affairs Council. He wrote and published Habits of the Mind: Critical Thinking in the Classroom, and later taught history as an adjunct professor at Pikes Peak Community College.

< Computers for composers
BRAVO! looks to the future >