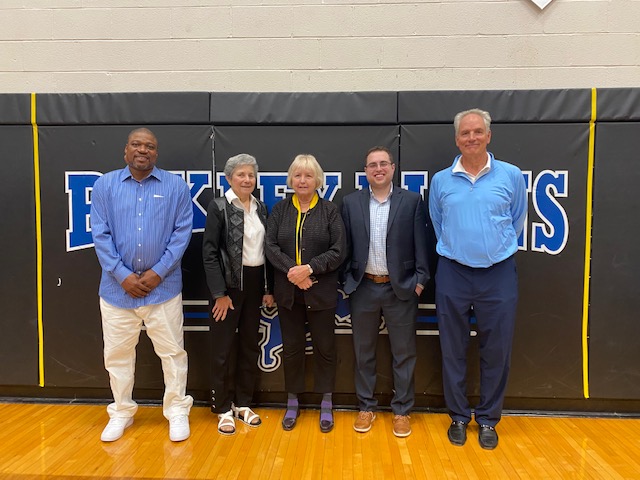 This year’s inductees are:

Jule Van Sant, ‘59, the Sports Queen who set the standard for many female athletes to follow

Cheri Papier, ‘64, a multi-talented athlete while in high school who achieved national and international recognition for her prowess in table tennis

Michael Stickney, ‘75, a phenomenal swimmer who set numerous school records including the record in the 100 meter backstroke that lasted for 30 years.

Brian Range, ‘90, the basketball and football player who dominated on the field and court and whose record for single game rushing, 377 yards, still stands today.

Daniel Broidy, ‘08, the defensive soccer player and team captain who led his team to the 2005 state championship and 2006 state semi-final.