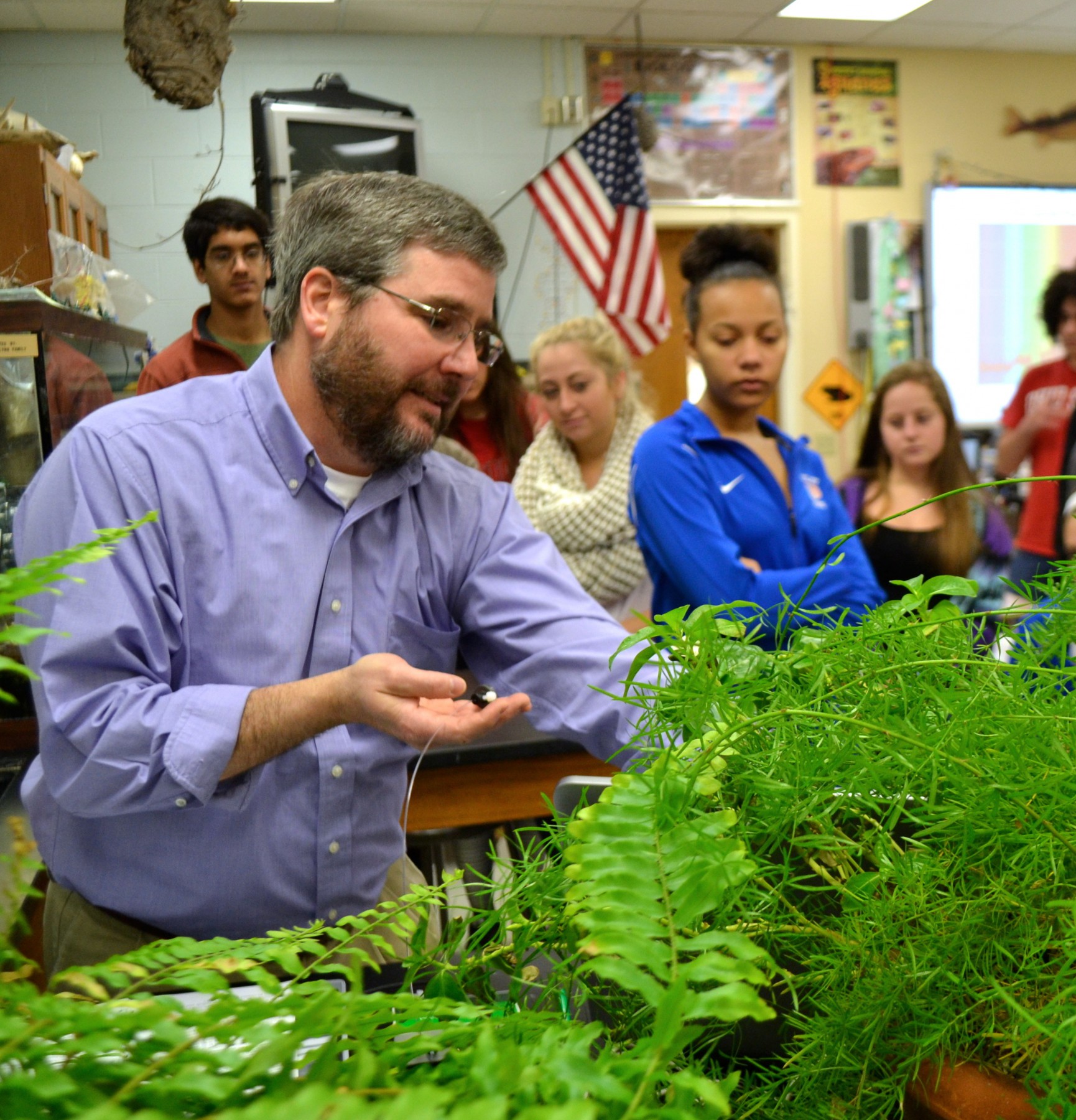 BHS science teacher Scott Logsdon loves to show his AP Biology students how photosynthesis works. With the whole class squeezed into a darkened storage room, he shines a UV light on a green spinach and acetone solution, which suddenly glows bright red. It’s a “wow” moment””but Logsdon has long wished he could complement it with a demo that would measure the glowing fluorescence, a product of photosynthesis.

Thanks to the generous support of BEF donors, now he can. Mr. Logsdon recently debuted the school’s new JUNIOR-PAM chlorophyll fluorometer, purchased with a BEF classroom grant. A sensor attached to the leaf of a plant shows that, for instance, a Boston fern emits more fluorescence than an asparagus fern. “That’s when they start asking questions,” he said. “Maybe this plant has to grow faster. What’s the reason?”

Logsdon said the fluorometer not only helps students move from visualization to quantification, it gives them a tool they can use in designing their own experiments. And it will help with the Advanced Placement test, which measures their skill at manipulating data, by allowing them to generate real-life data to practice on.

The $3,800 device will enrich other classes as well. Chemistry teacher Tami Golliday is excited to show the students in her high-altitude balloon research club (launched in 2013 with a BEF grant) how they can use the fluorometer to test the impact of microgravity on algae. Other teachers are also coming up with ways to use the instrument with their students.

“We’re so blessed to have this opportunity that other schools just do not have,” said Mr. Logsdon. “These kids are going to be asking questions that I’ve never even thought of.”

< Foundation Busy Planning BRAVO!
WHY WE GIVE: Linda and Mike Carruthers >