You are here: Home › Dedicated space will help children self-calm 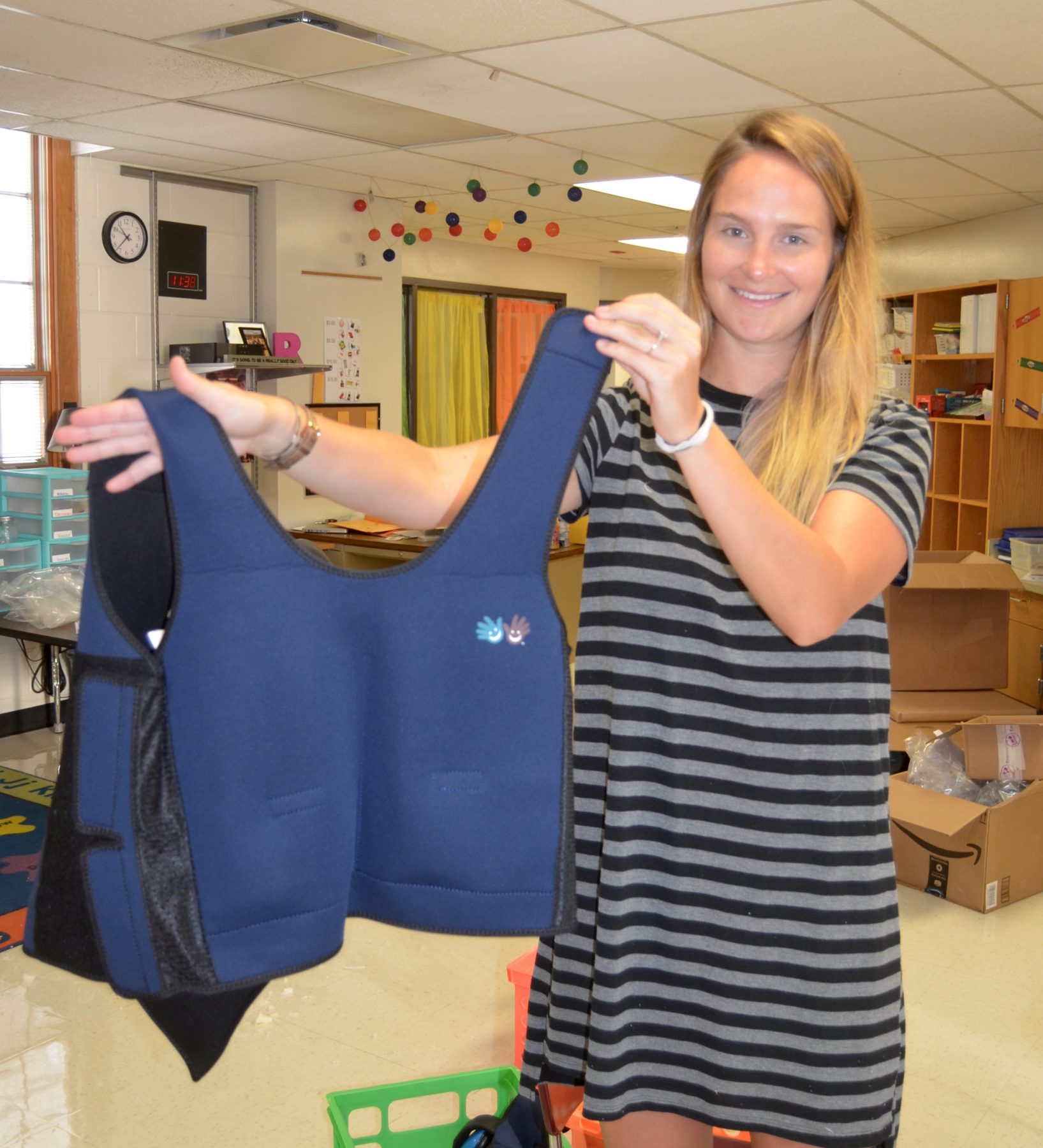 Sometimes, the students Montrose Intervention specialist Katie Roslovic teaches need a break from the classroom””but in the past, there was not a dedicated safe space for students to be left alone. Stations had been created in the hallway with materials, purchased with a 2014 BEF grant, aimed at helping students regulate their behavior and emotions.

But the hallway can be loud and brightly lit, and a student could feel stigmatized or exposed there. When the sixth grade move to the middle school opened up space in the building, Roslovic saw an opportunity. This fall, with the help of a BEF classroom grant of $1,020 awarded last spring, students at Montrose will have a dedicated sensory break space””a safe, contained environment adjoining Roslovic’s classroom where students with sensory integration issues or other difficulties can calm themselves when they become overwhelmed or agitated. 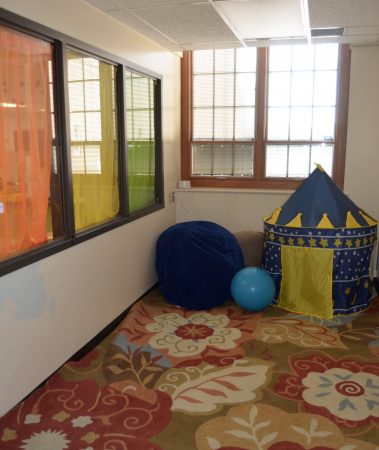 The new sensory break space is almost ready. Some furnishings are still on order.

The space, a small room formerly used for occupational therapy, is separated from Roslovic’s classroom by a row of windows so she can keep an eye on the child. And, thanks to the BEF grant, it will include soft furnishings like a giant beanbag, an enclosed fabric tunnel, a kaleidoscopic prism light, and a white noise machine, and it will be equipped with sensory toys like squishy balls and textured items.

A weighted lap pad and weighted pressure vests will be available for students with proprioception issues — the need to be grounded and oriented in space because of stimuli arising from within the body itself. “It’s like a deep hug,” said Roslovic, modeling a vest. “Anything deep pressure is really nice” for these children, she said.

While the district pays for some sensory devices, Roslovic said she applied for the BEF grant because she wanted the opportunity to try some new things. “This is really a trial,” she said. I want to see what it looks like and how we can use it.” She hopes to share what she learns with other teachers across the district.

Photo, top: Intervention Specialist Katie Roslovic holds up a pressure vest, used to calm a child with sensory integration issues who is agitated or overwhelmed. 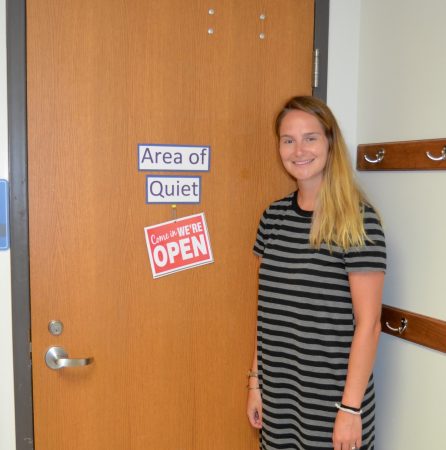