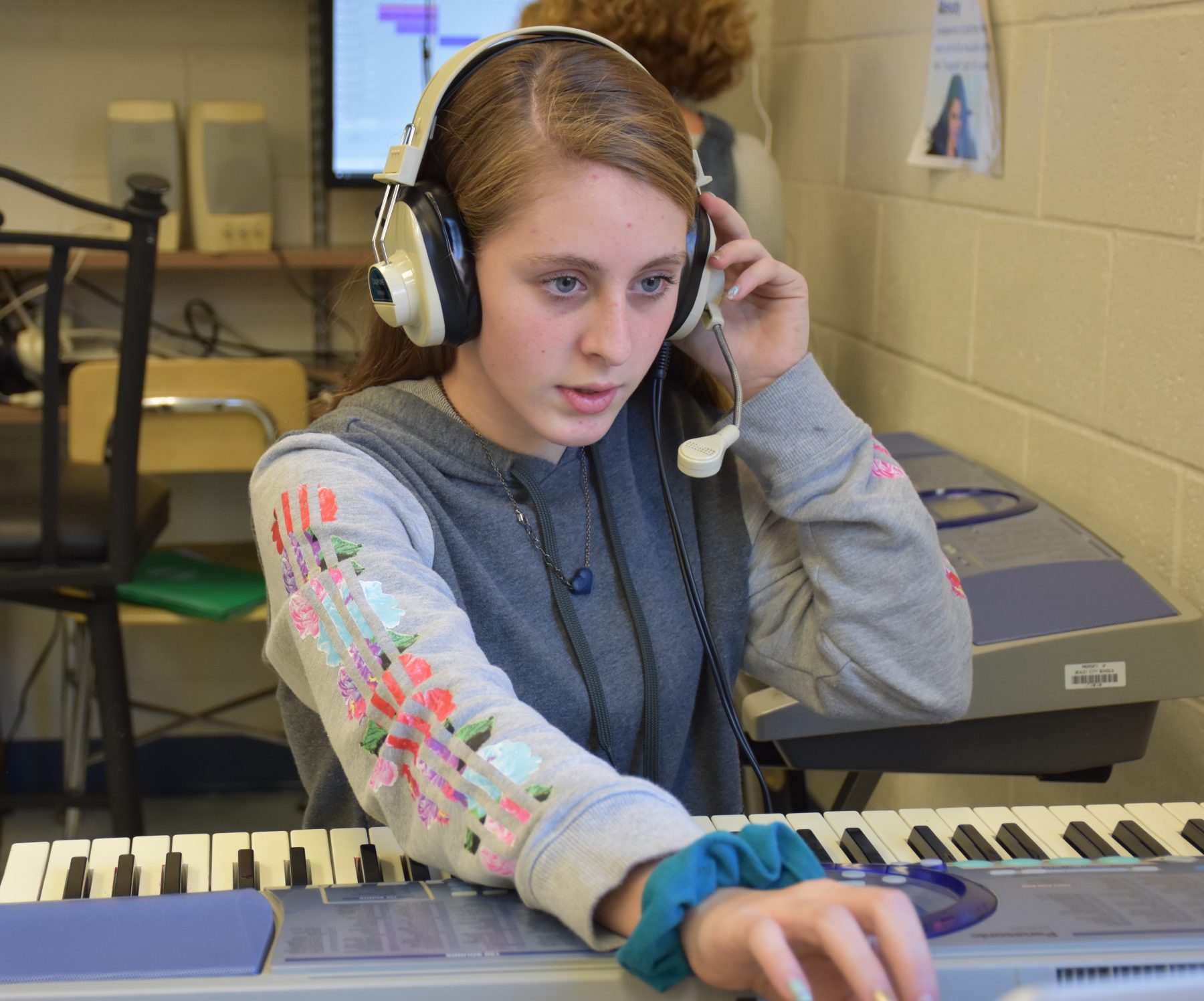 It’s fifth period, and Mr. Manchester’s seventh grade performing arts students are composing music. Working alone and in pairs, they are creating melodies, writing lyrics, inventing sound effects and making rhythm tracks. Yet there’s no cacophony–just the gentle buzz of conversation and the sound of a boy quietly rehearsing some rhymes. 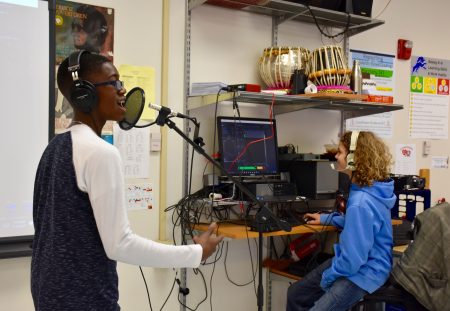 The students are using equipment purchased this year through a $5,950 BEF classroom grant: headphones, laptops, iPods, microphones and keyboards. Paired with school district-purchased recording software that enables to collaborate from separate devices, the equipment is helping unleash student creativity.

“The main purpose was to make it easier for students to express themselves,” said Manchester, a middle school music specialist. In prior years, students had to go back and forth between the classroom and the upstairs computer lab to create their compositions. “The mobile technology gives them the ability to record easily and to get their ideas down quickly.”

On a recent Thursday, Luke Dunker and Stefan Schiff were in the soundproof practice room next to Mr. Manchester’s classroom, adding a drum track to add to the guitar melody Stefan had already created. New to the drums, Luke was planning to record a short sample played on the school’s drum kit, and loop it. The technology really helps, said Manchester, to bring in students with different levels of musical training. “If you’re advanced, there’s a lot you can do. If you’re not, there are tools that will help you get started.”

Back in the classroom, Mason Louis and Brendan Eldridge were polishing the lyrics to a rap song. Across the room, Gigi Lewis was playing an electronic keyboard connected to a laptop. To an observer, the process was soundless””yet she and classmate Lily Keller (seated two tables away but collaborating in real time on another laptop) were working together to create music that would simulate the sounds of a train. “I can hear trains from my house,” said Gigi, “and I recently went on a train trip.”

“I thought it would be cool to tell that story with sound.” 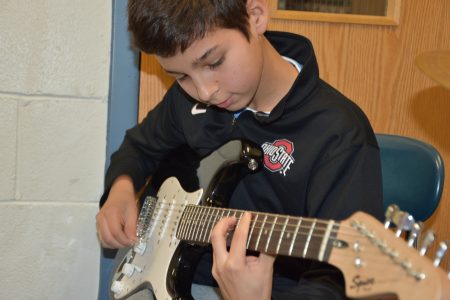 Stefan Schiff composed and recorded a guitar melody that he and classmate Luke Dunker will loop to create a composition.