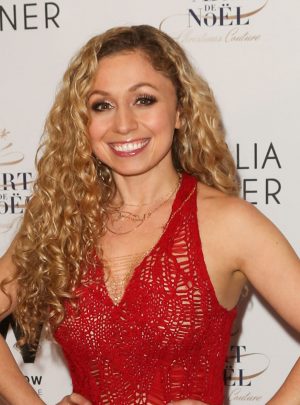 Natalia Fedner, ‘01, is the first recipient of the Emerging Leader Alumni Award. She is a couture designer based in New York and Los Angeles who became well-known while competing on Bravo’s Project Runway: Under the Gunn. She has created avant garde designs and jewelry for many celebrities and her designs have been seen on the runways in Paris, NYC and Miami.

Jon Kaplan, MD, ‘65 spent the last years of his 36 year career at the Centers for Disease Control and Prevention focused on HIV/AIDS, first domestically, then internationally. He began his international work when the CDC joined the President’s Emergency Plan for AIDS Relief (PEPFAR), to provide AIDS relief to countries around the world. Dr. Kaplan led the HIV Care and Treatment Branch at CDC, and later also led the US Government interagency HIV Treatment Task Force. These efforts are widely recognized to have saved millions of lives in over 40 countries.

Brett Kaufman, ‘93 is the founder and CEO of Kaufman Development. He has been working in the real estate industry for over 20 years and has been recognized for his ability to drive innovation and to impact the community at large. Most recently, after sharing about the trauma he suffered while growing up, he started a podcast called Gravity where he lets others have a platform and a safe space to share their stories.

Jay Schottenstein, ‘72 is one of the world’s top businessmen and philanthropists. He oversees a network of businesses and has been honored by many organizations for his success in business as well as for his local, national and international philanthropy. He and his wife Jeanie head their family’s charitable arm where their philanthropy has had a major impact on many organizations and Jewish causes in central Ohio and beyond. The Schottenstein Theatre at Bexley High School honors their major gift to the Bexley Education Foundation’s Campaign for the Performing Arts.

Inna Simakovsky ‘89 emigrated from the former Soviet Union as a refugee in 1976. The experience of coming to the US with nothing but hope shaped her worldview and instilled a desire to provide guidance to those taking similar journeys. Simakovsky worked for immigrant nonprofits in Washington and California before returning to Columbus to run the immigration program at Community Refugee and Immigration Services (CRIS). She founded Simakovsky Law in 2007 to bring affordable and professional immigration legal services to the various immigrant communities in central Ohio.

Plans are underway to honor the recipients and connect them with current BHS students during the week of Thanksgiving.