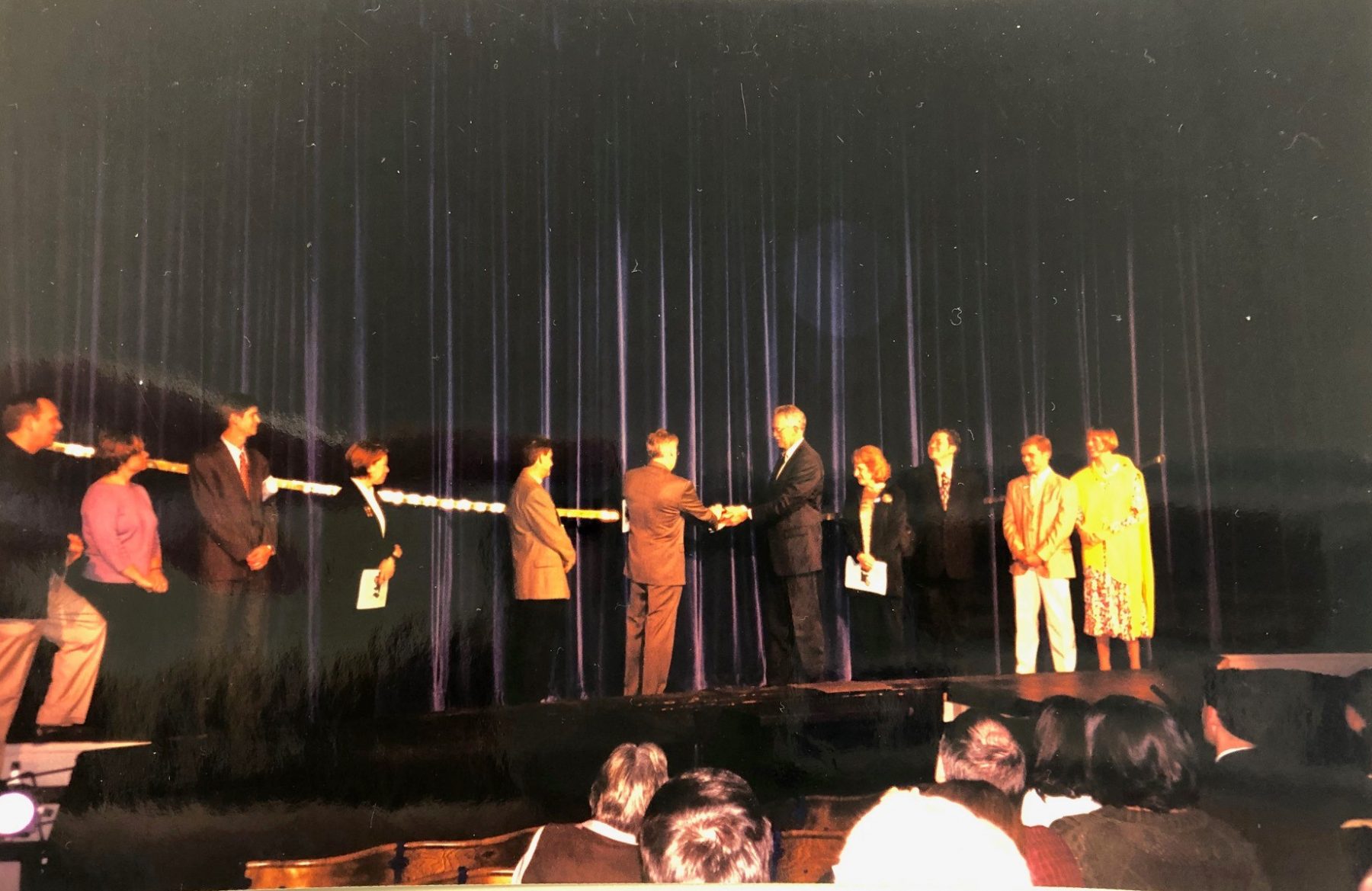 In recognition of the 15-year anniversary of the dedication of the Schottenstein Theater, following the completion of the $2.1 million Campaign for the Performing Arts, BEF will host a Celebration of the Arts in the theater on Wednesday, May 8, 2019 from 7:00 to 8:00pm with light refreshments to follow.

The actual ribbon cutting for the renovated Schottenstein Theater occurred on October 21, 2003 but the “Buy a Seat” campaign continued through 2004. The high school theater was named in honor of the campaign’s lead donors, Jay and Jeanie Schottenstein who were on hand for the ribbon cutting.

All donors to the Campaign for the Performing Arts were recognized on the large plaque in the lobby of the high school. In addition, many areas and rooms in and around the theater and in the Arts Wing carry the names of campaign donors. Individuals who purchased a seat in both the Schottenstein and Cassingham Theaters as part of the campaign were recognized on a plaque in the Schottenstein Theater lobby. Over the past 15 years, many of the individual seat plates in both theaters were damaged or lost but will be replaced in time for the Celebration of the Arts event.

The May 8 event will include the recognition of the 2019 Glick Family Bexley Educator of the Year the presentation of the Linda S. Kass Excellence in Education Award. There will be both student musical and theatrical performances, some including alumni! The Celebration of the Arts event is free and open to the community. For more information, contact BEF Executive Director Pam Glasgow at pamela.glasgow@bexleyschools.org.