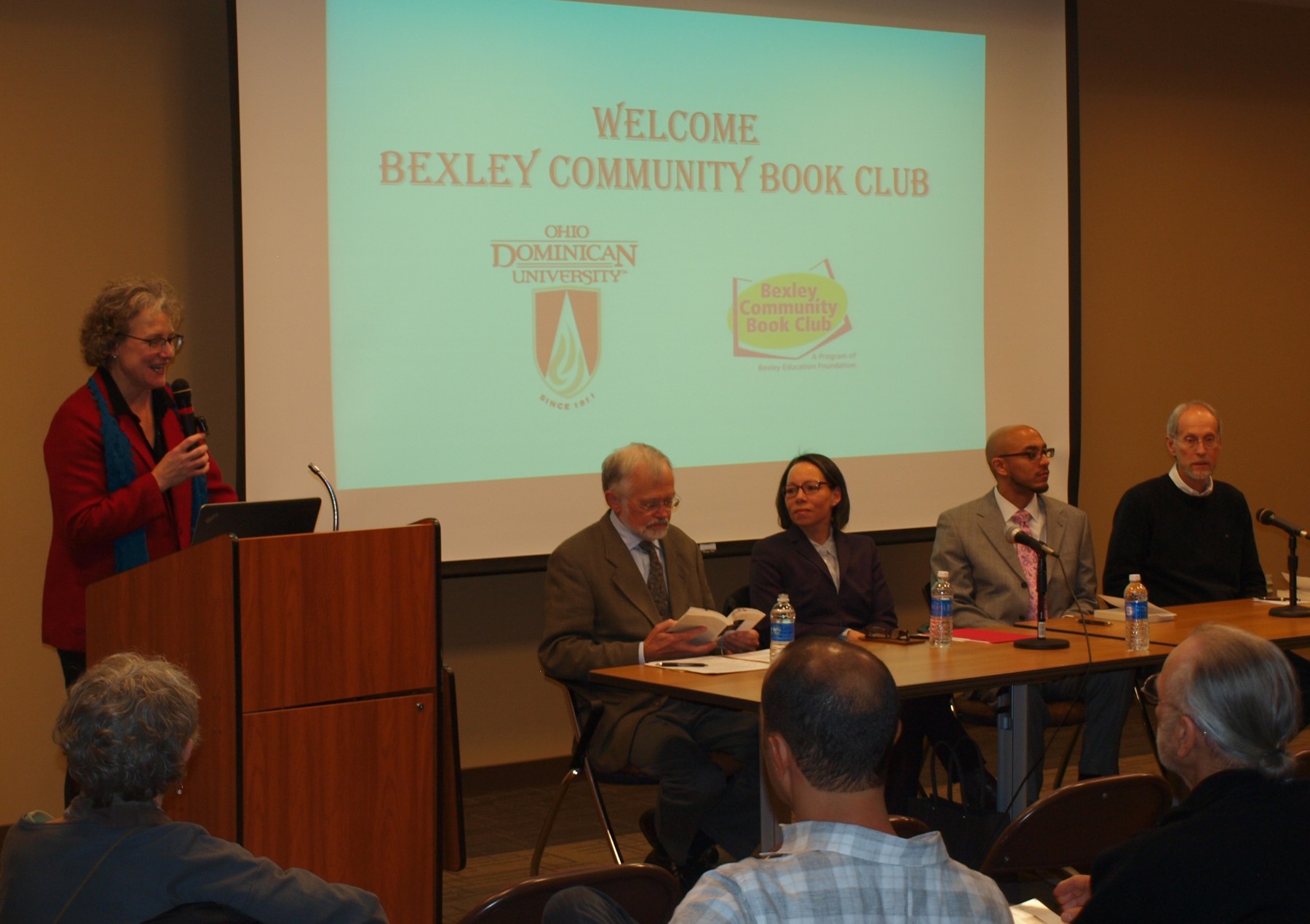 Race, family, memoir-writing and politics were just a few of the topics on the table Nov. 20 when a panel of scholar-writers gathered at Ohio Dominican University to discuss the best-selling memoir by BCBC’s 2015 Selected Author James McBride, The Color of Water. Panelists Sharon Davies, Hasan Kwame Jeffries and Lee Martin, in addressing questions posed by moderator Fred Andrle, took a broad approach to the topic, drawing connections between the book, their own lives and experiences, and the state of race relations in America today.

McBride’s memoir, subtitled A Black Man’s Tribute to His White Mother, includes two entwined stories: that of McBride’s mother Ruth, who was disowned by her Jewish family after she married a black man, and who spent the rest of her life living among African-Americans in Brooklyn and raising twelve biracial children, all of whom went to college and earned advanced degrees; and McBride’s own story of growing up, finding his voice as a musician and then writer, and uncovering his own family history.

“Black people live and navigate in white environments all the time,” said Davies, who is the director of OSU’s Kirwan Institute for the Study of Race and Ethnicity. “That is the black experience in America. Her [Ruth McBride’s] experience navigating in a black community is unique and makes the memoir rich.”

Jeffries, a professor of history at OSU, said the narrative made him think of his own Brooklyn childhood, in which he never knew a mother who was white. Ruth, he said, was “treated in some ways worse than a black person because she was viewed as a ”˜race traitor’.”

Asked about whether memoirists must recall events exactly as they happened or can use artistic license in recounting the past, Lee Martin, who has published three memoirs, responded: “There’s an ethical line out there in the sand and only the memoirist himself knows when he has crossed over it. . . Your main obligation is to be fair to the people that you are depicting.”

The wide-ranging conversation moved on to touch on electoral politics, white privilege and current events. Davies summed up: “We’re in a time when we have a great deal of difficulty bringing race into the conversation,” she said. “As a nation, we have to get much better at talking about race freely and easily.”

The next Bexley Community Book Club event will be Jan. 22 at the Kelton House at 7 p.m. Click here for further information. For information about James McBride’s presentation at the Lincoln Theater on April 14, 2015, click here.