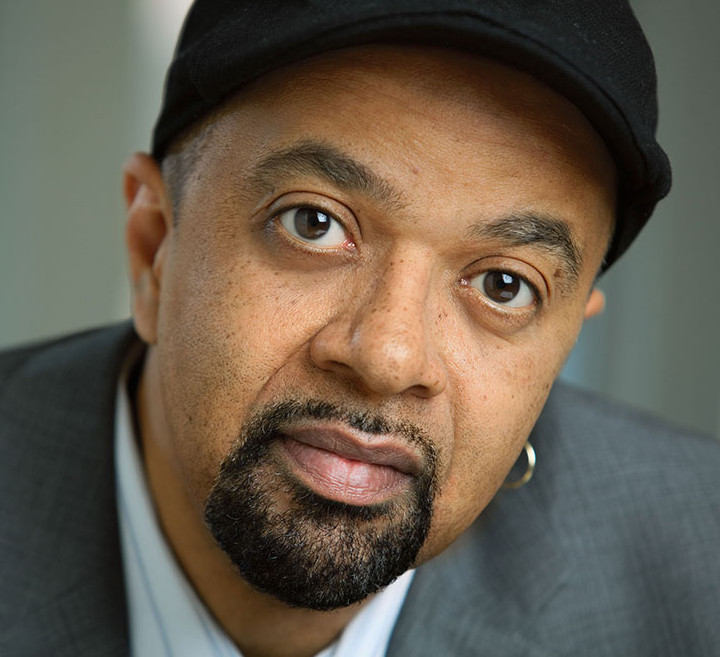 Series of literary events focused on the author’s works to kick off Tuesday, September 22, with a Literary Salon at the JCC of Greater Columbus.

Bexley, Ohio,  August 8, 2014””Bexley Community Book Club (BCBC), a program of the Bexley Education Foundation, announced today that its 2015 Selected Author will be New York Times best-selling author James McBride. On April 14, 2015 at 7:30 p.m., Mr.  McBride will give a public performance, co-presented by the Lincoln Theatre Association and held at the Lincoln Theatre at 769 E. Long St. Mr. McBride will also visit with Bexley High School students during the day.

The evening presentation will include a conversation with the author and an exploration of McBride’s novel The Good Lord Bird””winner of the 2013 National Book Award for fiction””through words and music. McBride, an accomplished saxophonist, will perform with his quintet The Good Lord Bird Band, whose mix of spirituals and jazz renditions of classic gospel songs are inspired by the abolitionist John Brown, a key figure in the novel.

“Each year, we seek to bring a new literary voice to this community, “ said BCBC founder and chair Linda Kass. “With James McBride, also an accomplished saxophonist, journalist and screenwriter, we offer a renaissance man and born storyteller. His work draws on significant historic events and people, particularly experiences of African Americans, that speak to the commonality of the human experience and explore identity, race and heritage. His 1996 memoir, The Color of Water, is considered an American classic.”

To encourage engagement with McBride’s work, BCBC hosts a series of four book-related events prior to the author’s visit. In 2014-2015, these will include:

James McBride is an author, musician and screenwriter. His memoir, The Color of Water:  A Black Man’s Tribute to His White Mother, which has sold more than two million copies and spent two years on the New York Times bestseller list, is a moving narrative about his mother, a white Jewish woman from Poland who married a black man, founded a Baptist church and put twelve children through college.

His debut novel,  Miracle at St. Anna, was adapted into a major motion picture by Disney/Touchstone in 2008. Mr. McBride wrote the script and Spike Lee directed. McBride also co-wrote Spike Lee’s 2012 “Red Hook Summer.” His novel Song Yet Sung was a national bestseller, the 2009 choice of “One Book/One Maryland” and is being adapted into a miniseries on FX. In his latest novel, The Good Lord Bird, McBride tells the story of a young boy, born a slave, who joins John Brown’s antislavery crusade””and who must pass as a girl to survive. The Good Lord Bird was awarded the National Book Award for Fiction in 2013 and will be a major motion picture starring Liev Schreiber and Jaden Smith.

A graduate of Oberlin College and the Columbia School of Journalism, McBride has written for The Boston Globe, People and The Washington Post.  Also an award-winning composer and saxophonist, McBride has penned songs (music and lyrics) for Anita Baker, Grover Washington Jr. and Gary Burton, as well as for the PBS character “Barney.” He toured as a saxophonist sideman with jazz legend Jimmy Scott and others. Mr. McBride is currently a Distinguished Writer-in-Residence at New York University.