You are here: Home › Mobile devices now in elementary classrooms 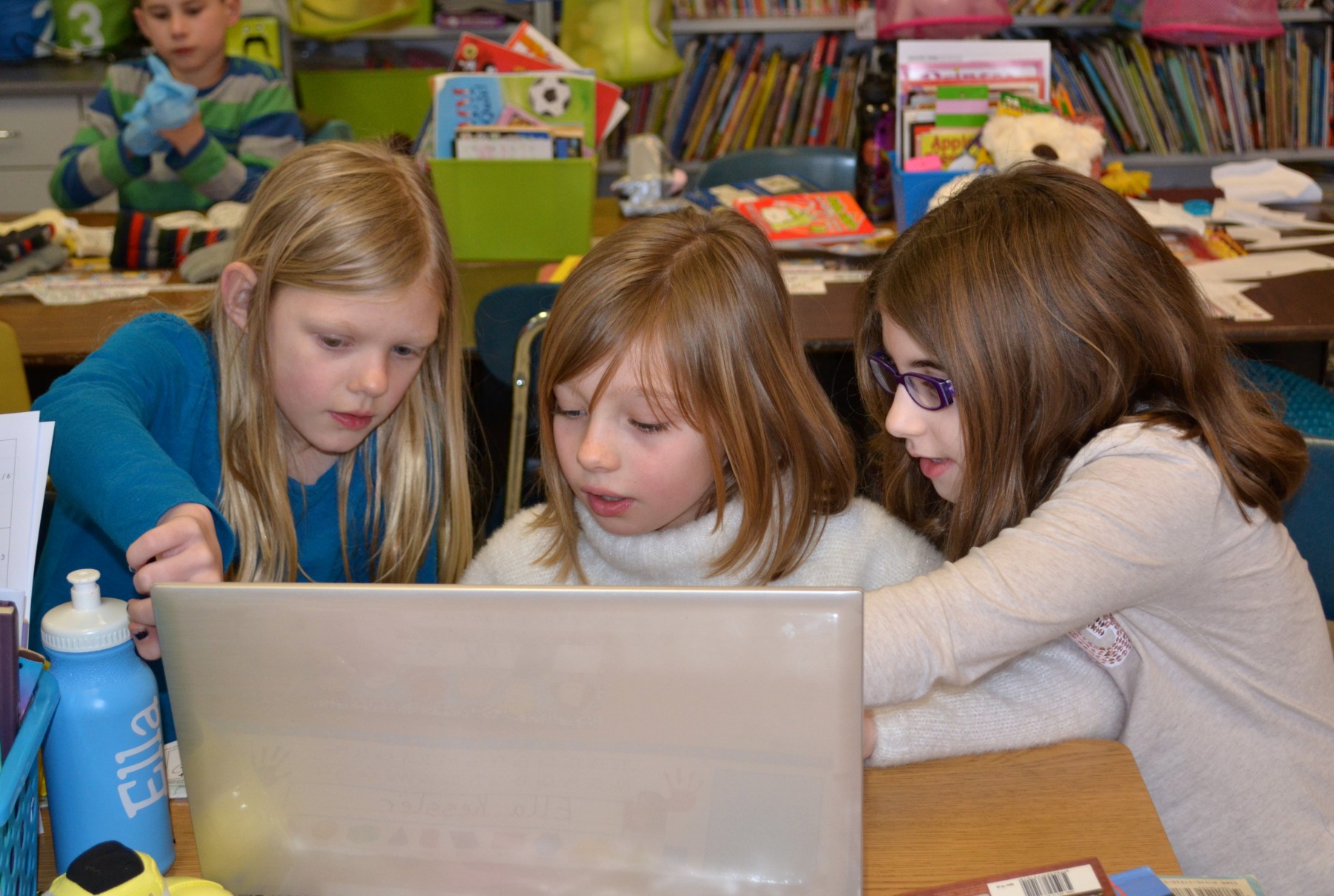 Students in Mr. Schottner’s third grade class have a lot more options for activities during his “Daily Five” time for reading and writing practice, now that their classroom has two new touch-screen laptops and two new tablets. On a recent visit, five students, in groups of two and three, were using the laptops to create presentations about science projects, while two were practicing keyboarding skills on the iPads. That’s in addition to the four who were using the classroom’s original desktop computers. 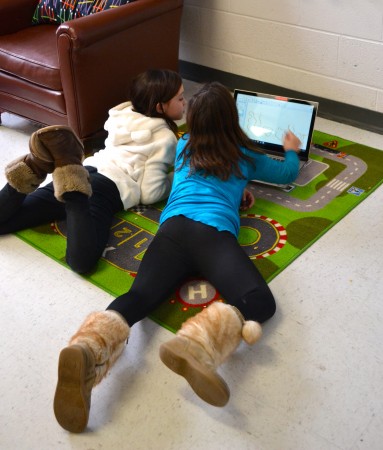 The new devices are just four of 224 that the school district has purchased for classrooms at all three elementary schools, thanks to a $250,572 Bexley Education Foundation Impact Grant last fall. The initiative resulted from a year of faculty discussions and Technology Roundtable community meetings about how to use technology to enhance learning opportunities for elementary students. The BEF grant was supported by a substantial gift from the nonprofit Eight Keys Foundation. 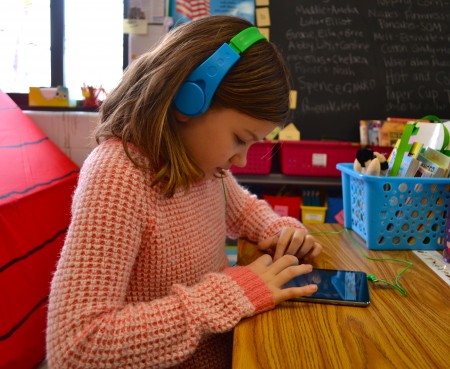 The beauty of having a variety of devices available, said Paul Ross, the district’s director of technology, is that students “learn how to navigate and switch between platforms. They’re focused on what they want to do, not the device. They become adaptable.”

With a total of nine online electronic devices in the classroom, including the teacher’s computer, said Mr. Schottner, “everyone can be engaged at the same time, which is huge.” It’s especially helpful with research projects, he said. With 24 students in the class, the students must share, but that’s fine with him. “I like using groups at this age, because they’re not just zeroed into the device. They collaborate and converse with each other while using the computer.”

The devices arrived in December; the iPads have all been distributed and the laptops are rolling out gradually. The technology staff spent winter break programming the devices and preparing them for classroom delivery as well as installing a mobile device management system that allows for wireless distribution of applications requested by teachers. Ross reviews the apps with data privacy in mind, and asks teachers to select apps collaboratively across each grade. Classrooms will soon get steel wall-mounted lockable cabinets for storing and charging the devices.

Mr. Schottner said that he and his students were “obsessed” with the new devices. “I like using the laptop because it’s a touch screen,” said third grader Bree Dixon, who was working with classmates Ella Kessler and Gracie Kay on a presentation about an experiment they had designed to compare the melting speeds of ice cubes, ice cream and popsicles, using blow dryers. “Something about the touch screen makes everything easier.”

Even with the array of electronic devices available, old-school reading has not disappeared. “Take Five” time found these three snuggled in the corner, noses buried in books. 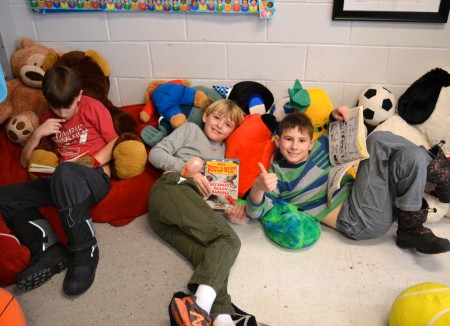