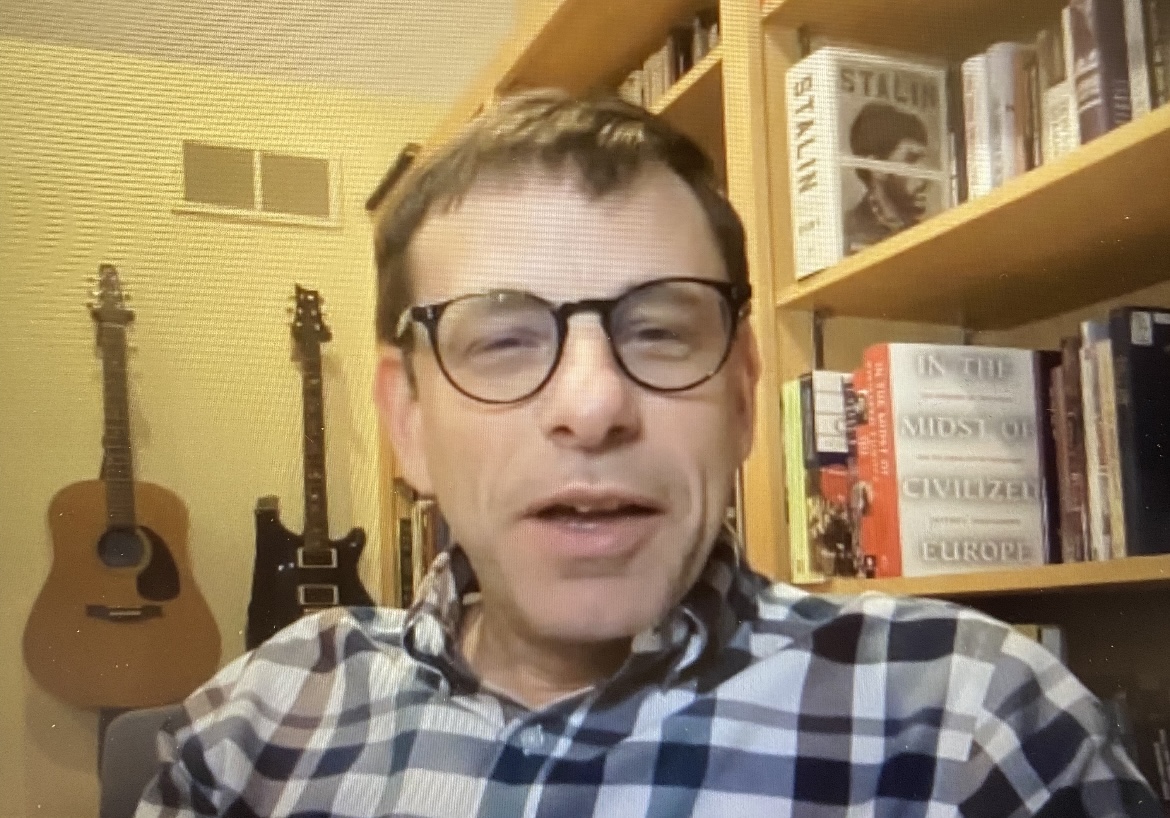 On April 6, Bexley High School students in the Holocaust Seminar course taught by Nancy Mallory had the chance to hear from Dr. Jeffrey Veidlinger, professor of History and Judaic Studies at the University of Michigan. Dr. Veidlinger’s recent book In the Midst of Civilized Europe: The Pogroms of 1918-1921 and the Onset of the Holocaust served as the basis of his presentation.

Dr. Veidlinger led students through a timeline to address the question, often debated by historians, as to when the Holocaust actually began. Some believe that it began when Hitler took power in 1933 and began fulfilling his campaign promises, including enacting the Nuremberg Race Laws that stripped citizenship from German Jews. Others believe that the Holocaust began with the opening of the Dachau concentration camp in March 1933. Whatever the actual date, by 1941 millions of Jews had been murdered including over 33,000 Jews who were shot and killed in the Babyn Yar ravine in Kyiv, Ukraine. Dr. Veidlinger noted that in the present day there is always some atrocity going on in the world, like the war in Ukraine, that results from “millions of people making millions of choices and decisions every day.”

Dr. Veidlinger’s presentation was recorded to share with other high school history classes. The annual Holocaust Scholar Program is made possible by donations to the Bexley Education Foundation from Chuck and Debbie Sugarman.

< You’re Not Alone
Welcome Back BRAVO! >